It’s with much pleasure to share with you the great news of our board member, Tony Shaw. He is awarded by the Richmond Sports Council as the “Official of the Year” on May 22, 2013. 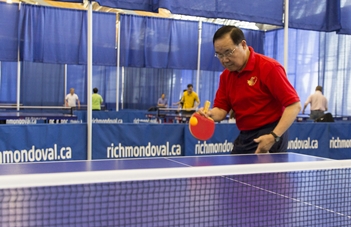 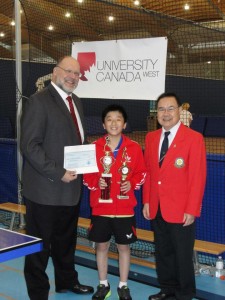 Some 200 people crowded into the rotunda at R.A. McMath Secondary School Wednesday evening to help recognize excellence in Richmond sport.

The 14th annual Richmond Sports Awards and Recognition Banquet recognized outstanding achievement in several categories, both in terms of athletic performance and the many and varied contributions by those behind the scenes.

From graduating Steveston-London Secondary student Anmol Mattu, who was recognized as the High School Female Athlete of the Year to, Jimmy Van Ostrand, a McMath grad from a decade ago who was applauded as the Adult Male Athlete of the Year to Special Olympian Magnus Batara who stood the swimming world on its head with six gold medals at the 2012 B.C. Summer Games, the best in Richmond sport was present.

Presented annually by The Richmond Review, Richmond Sports Council and the City of Richmond, the Richmond Sports Awards began in 1999 as an long overdue idea to honour at least some of the many outstanding field of athletes and volunteers.

The first awards, ironically also held at McMath, were dedicated to Robert A. McMath, the former city councillor after whom the school is named. McMath was a visionary who was very much ahead of his time. Also an ardent sportsman and community soccer coach, he successfully promoted the concept of building parks and schools close together.

For the last two years, the Leadership Class at McMath Secondary School has also contributed greatly to the awards and banquet which strive to recognize the efforts of all those in sport who exemplify and promote the qualities of sportsmanship, teamwork and leadership while teaching fairness and empathy.

The award recipients include: